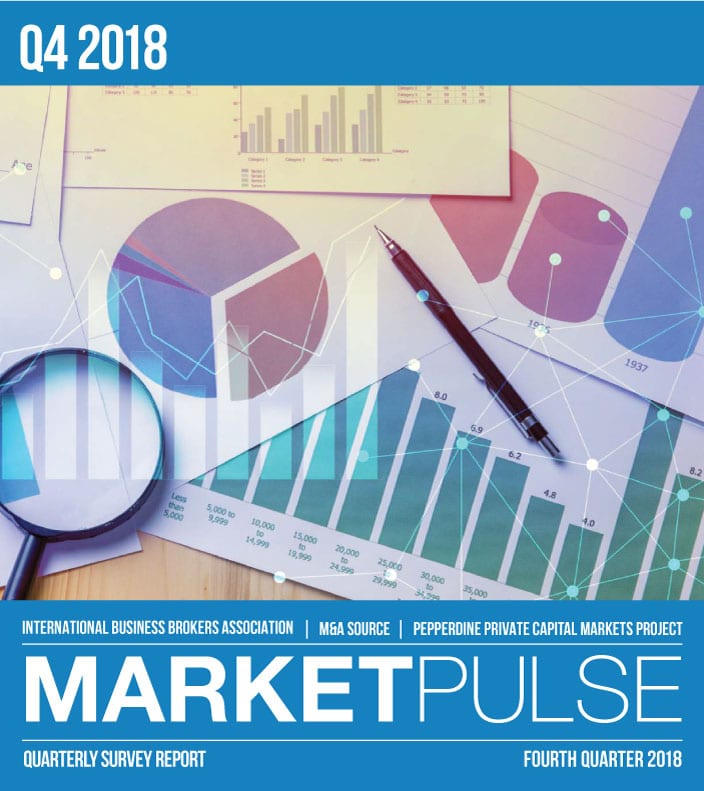 Dealmakers say M&A Pace will continue in 2019, but end is near

The intense pace of mergers and acquisitions that shaped Main Street and the Lower Middle Market last year is likely to continue into 2019. But advisors don’t expect the run to last much longer.

If advisors are right, the year ahead could be marked by more deal flow and more businesses sold. However, they don’t expect deal multiples, already at or near market peaks, to get any higher.

Advisors are slightly pessimistic that general business conditions will decline and margin pressure on businesses will get worse. And while they expect more deal volume in 2019, they anticipate that overall time to close will take longer.

As for the future, most advisors (83%) say the strong M&A market won’t last more than two years. Nearly a third (32%), predict the current seller’s market will be over within the year.