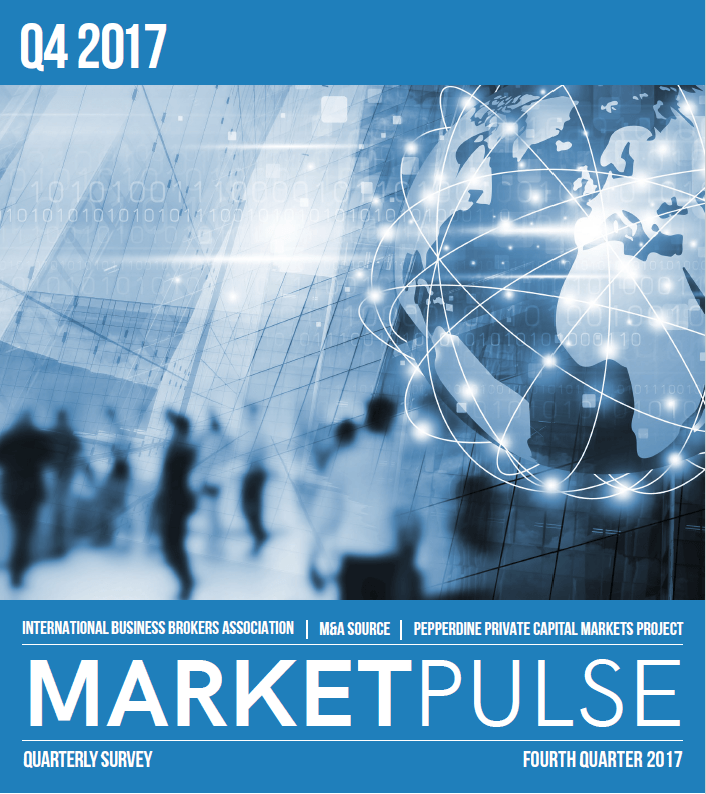 As a whole, analysts tracking the M&A market are expecting a sizable uptick in deal activity in 2018. Business and financial leaders expect both the number of deals and the size of those transactions to increase significantly.

But it’s important to realize that while deal activity stalled in the larger M&A market in 2017 (largely attributed to uncertainty over tax reform), the lower middle market remained active and Main Street deals were at an all-time high. According to BizBuySell’s annual Insights Report, small
business transactions set record highs in 2017, exceeding previous highs set in 2016 by 27 percent.

For 2018, then, activity in the smaller sectors will likely grow at a more measured pace compared to the larger market. Nevertheless, Main Street and lower middle market advisors remain optimistic for sector growth in 2018. For example, 73 percent of advisors predict the volume of small deals (under $50 million) will increase in the next 12 months. Although most (49 percent) of advisors surveyed sold just one to three listings in 2017, they expect to close three to five engagements in 2018.